We Fight for Your Rights! Schedule a Consultation Today 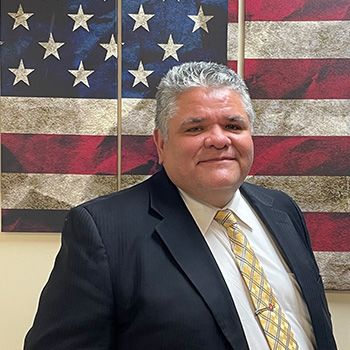 Mr. Raul Morales Natividad was born on the “east side” of Lubbock, TX. Rudy is a compassionate advocate because he had a tough upbringing, which taught him to be kind to others and value his opportunities. He spent his youth in and out of Juvenile court, with no positive future in sight. At the age of 17, he decided he needed a way to change his path, that’s when he was introduced to the United States Marine Corps.

After basic training and through distinguished service, Rudy was assigned to HMX-1 (Marine One) security for the President of the United States (Regan and George W. Bush). While in the Corps he realized that if he sacrificed and had the right mindset, he could accomplish anything. In 1992, he was honorably discharged from the United States Marine Corps.

Shortly after returning home from his military service, Mr. Natividad joined the Corpus Christi Police dept. where he rose through the ranks and became a field training officer. He also worked in various areas of law enforcement from patrol to vice and narcotics, gang enforcement, and various areas of investigations. While at the police department he began to focus on the importance of continuing his education. He worked many night shifts to attain his bachelor’s degree in Psychology and Criminal Justice from Texas A&M Corpus Christi. After serving the community as a police officer for nearly 20 years, Rudy realized his passion for the law had become more complex and that his experience could be helpful to those facing criminal charges and other kinds of legal issues.

In 2009, he began attending Texas Southern Thurgood Marshall, School of Law, where he realized his dreams of transitioning from the police force to an environment where he could explore his interest in many areas of law, including criminal law, Immigration, family law, and civil rights.

After graduating from law school in 2012, Rudy set out to “hang his own shingle”, and vigorously represented clients in the Houston area, Ft. Worth, Dallas, and Lubbock, among others. He was then hired to work for an Immigration firm in Houston, where he primarily focused on representing immigration clients, both detained and non-detained, before the Houston Immigration Court, and helped the firm start and maintain a successful Criminal division.

Now, the Abogado Ruiz Law Firm is proud to have Mr. Natividad on staff taking the lead on a wide array of criminal and immigration matters. His unique talent for researching case law and ability to quickly identify evidence favorable to clients sets him apart in the courtroom. At the Abogado Ruiz Law Firm, we handle cases that other firms refuse to take on because we take the time to listen to our client’s side of the story. With Mr. Natividad’s background and discipline, coupled with Mr. Ruiz’s dedication to providing the highest quality representation at a fair cost, we’re improving lives one client at a time!

Whether your case involves immigration or criminal law, I want to help you protect your rights.